Bundle branch block is a condition where partial or complete interruption of impulse conduction in a bundle branch. Fascicular block is a similar interruption in a hemi fascicle of the bundle. The 2 disorders often coexist. There are usually no symptoms, but presence of either suggests a heart disorder. Diagnosis is by electrocardiography. No specific treatment is indicated.

To gain more knowledge on this, please join in with Dr. Jerry jones, CEO and Principal Instructor
Medicus of Houston, USA
Who can attend?
How do i join? Workshop Ended 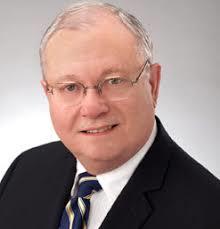 Medicus of Houston was established by Jerry W. Jones, MD FACEP FAAEM u2013 a diplomate of the American Board of Emergency Medicine who has practiced internal medicine and emergency medicine for over 40 years. Dr. Jones is a graduate of Tulane University and the University of Texas Health Science Cen more »

X
Log in Register
Continue with LinkedIn
or
or

Don't have an account?Sign Up here

Have an account?Log in here